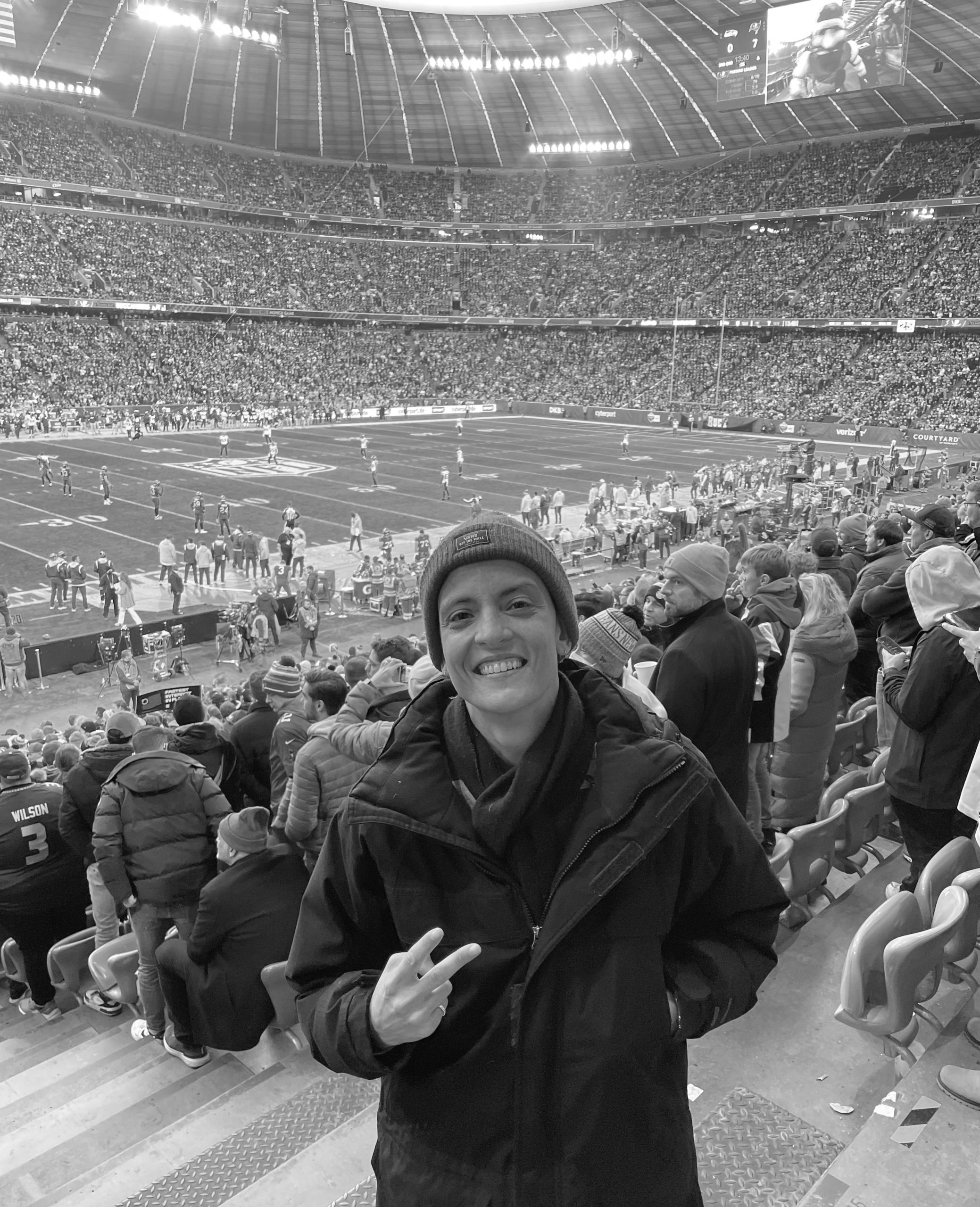 I Made the “Impossible” Happen in Munich!

By Sylv_ObiSeven15 November 2022No Comments

In case you are wondering… we made the “impossible” happen!

Yes! I watched Tom Brady and the Bucs play the first ever regular season game played in Germany. I witnessed them win IN the mythical Allianz Arena in Munich, where I travelled to, without having a ticket or any idea on how to secure one. I was called by the dream and the deep knowing that even the craziest ones can happen if you deeply believe in them.

There were 3 million requests for seats. The stadium was full as 69 811 people attended. And guess what? I probably was that last person to get in. And the cherry on top? I was sitting at the 20th row, on the 10 yards line, where I could also clearly see the players enter and exit the stadium, and right by the Buccaneers sideline. That was a pretty damn good spot! Wild eh? My dream was to see Tom Brady play. I saw him very well all day long! I think the only better possible way to attend the game was on the sideline itself talking ball with Tom – next time?

The person sitting next to me bought his ticket online the day before for 1000 euros. I grabbed mine, in such a miraculous way, at the last second, after a series of spontaneous and daring events, that lead me to an almost desert stadium plaza. The few other souls wondering around were also searching for a way in. The stadium staff was looking at us with hopeless sympathy. When it seemed impossible and lost, I still felt that flame telling me it will happen – may I always keep it lit. And then this Italian speaking guy came out of the blue, when I least expected it. Super cool, he offered me one at a normal price and even trusted me to get into the stadium before paying him.

I feel a lifetime of gratitude for my friend Rea for the generous and fantastic gift and for making my biggest life dream come true! Funny part is that she didn’t even believe it to be possible a few days prior, haha!

Wow! Thanks again Rea! Kindness, generosity and abundance are all around us if we allow them in our lives. What a perfect day! Such an epic adventure and great time we shared together! 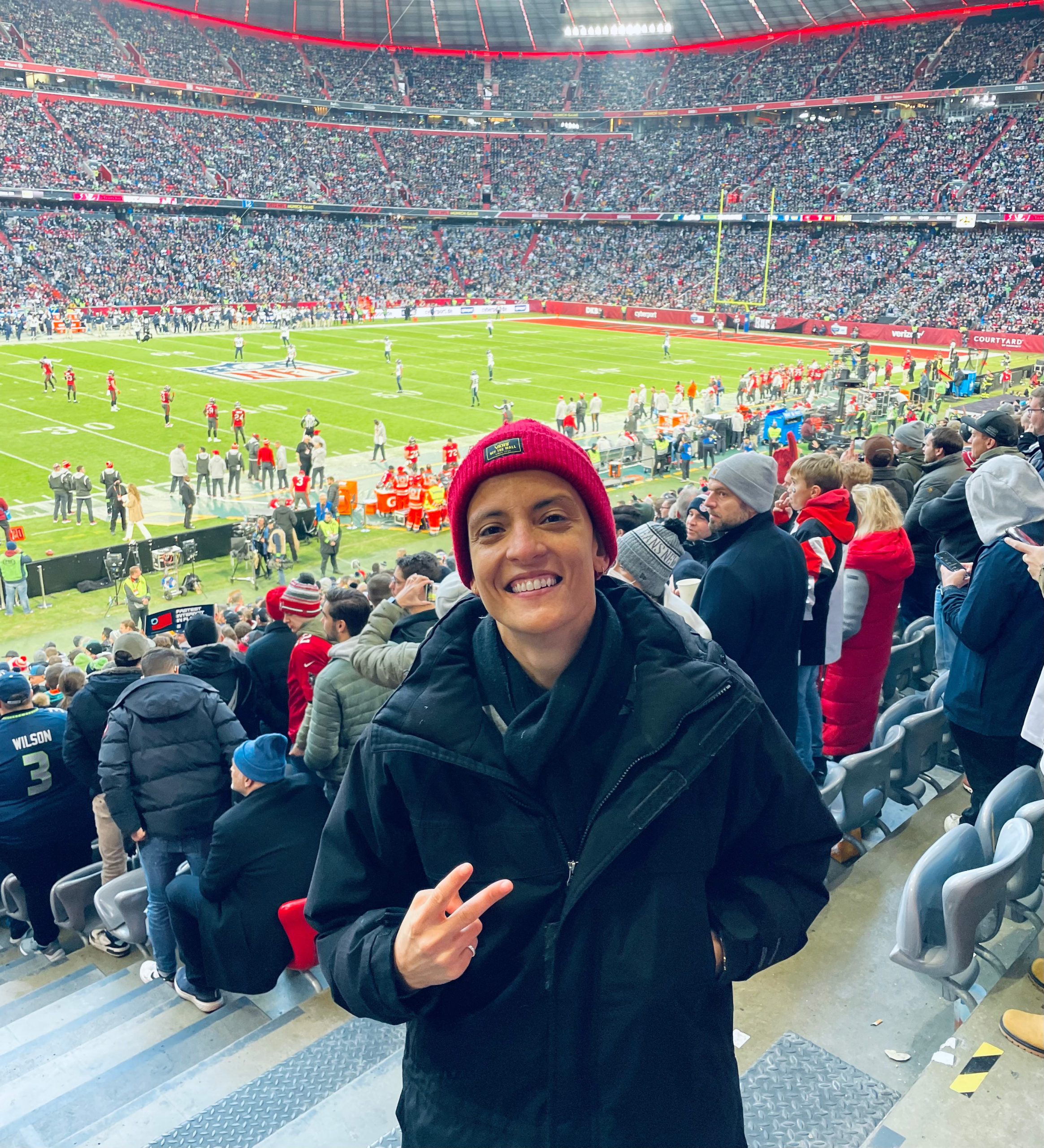 When I entered the stadium and saw the field, I was crying. It took me a while to contemplate that I had made it! I was in awe with life and living a full blast of ecstasy. What I visualised and meditated on for months was actually happening. The emotions I pre-lived were presently flowing through me! Wild! When I was a kid I never got to see my teams play at the stadium. What a present from life to be able to now, when it matters the most and in such a magical and historical night!

Thanks so much to everyone for believing in it with me. Thanks to the kind messages of support and for making the magic happen! It helps when we believe together. That’s how we can create as a team the reality we wanna see all around us!

I hope this will inspire everyone – including the skeptics, to know that EVERYTHING IS ALWAYS POSSIBLE if you believe, surrender to the unknown and let its magic take over! You don’t always need to know how things will happen, just trust that they can. Life will take care of the rest. It can create wonders we can’t imagine with our limited minds! Let’s just be surprised! Isn’t it a great way to experience its beauty?

Tom Brady said it’s a night he would always remember. Trust me bro, I will too! Pulling this trick co-creating with life is a huge symbol for me. I told myself that if I can make it happen, I’ll use it as a forever anchor to remind myself I can pull anything, always. I kinda always knew it, and done the “impossible” over and over but this is a big ass one y’all and with tangible mind-blowing figures to measure it. Now I have a special moment to always get back to in times of doubt.

I’ll use it to navigate life and especially so during the healing process I’m going through at the moment. I’ve been categorically told my full healing is absolutely impossible. I proved myself all of my life I can: may this be the next level proof, for me and for all of you! My healing will be the ultimate one! 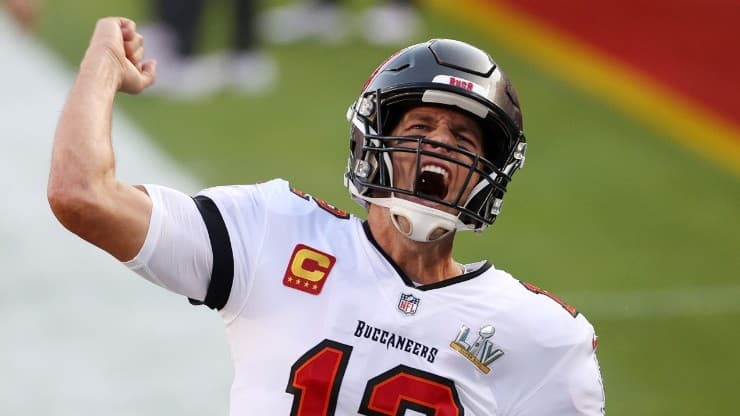 It’s always possible! How Tom Brady inspired me & how it fuels me on my healing journey? 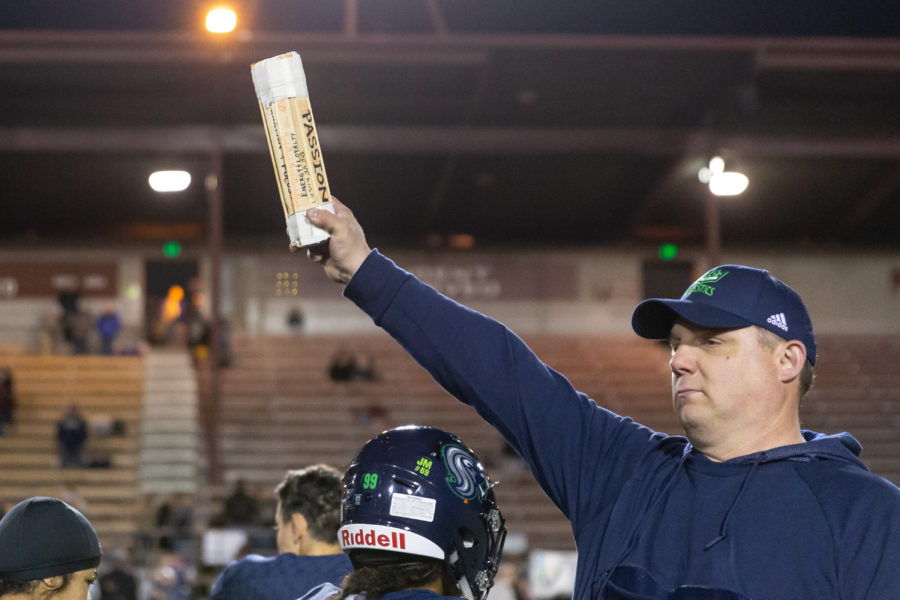